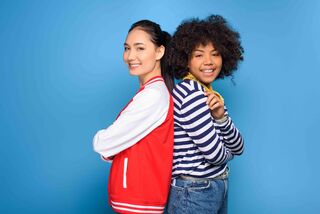 Let’s have each others’ backs.
Source: Adobe stock image, licensed by Ravi Chandra

In this post, I'm going to review and analyze the racism currently affecting Asian Americans, and suggest some psychological reasons why racism is particularly impactful for Asian Americans. Finally, I will offer some broad guidelines on what we can do to face racism and racist incidents. (For the full discussion, see the appended videos from talks given May 9 and 13.)

Almost 1500 incidents of verbal and physical discrimination or harassment against Asian Americans were reported in the four weeks after STOP AAPI HATE began collecting data on March 19, 2020. Women reported harassment over twice as often as men. Nine percent of incidents targeted those 60 and older. Incidents were reported in nearly every state, but incidents in California and New York were 58% of the total. My guess is that incidents were likely underreported. Asian Americans have been targeted by violence. A woman in Brooklyn had acid poured on her. An Asian American family in Texas was attacked by a man wielding a knife. A male nurse in New York City was forced off a subway car by a man who screamed that he was carrying infection.

There is undoubtedly high anxiety about the coronavirus , but this anxiety has been displaced onto Asian Americans. President Trump has deflected attention from his own management of the crisis by blaming China, and calling the novel coronavirus the "Chinese Virus," contrary to the 2015 naming guidelines of the WHO, which were created to avoid stirring racial or nationalistic animosity. When a person or society feels insecure or anxious , they can temporarily and superficially boost their feelings of power, superiority, and control by finding a scapegoat. I've called this the 'power complex.' The alternative is recognizing that anxiety and uncertainty are part of life and are part of our common humanity, and using this insight to develop compassion and relationship. My ideal power structure would choose inequity or suffering as its "bad object," rather than an individual or group. That would balance power with love and compassion. But we're not there yet as a culture.

This is not a problem limited to the U.S. or to White people. In India, the pandemic has led to scapegoating of Muslims as "disease carriers," and doctors and nurses there have been attacked. In Japan, Chinese individuals have also faced discrimination. Coronavirus is essentially a death threat to our survival brains, and some of us are liable to view other people as the threat, particularly if we already have a bias against them. By saying we're in a "state of war" against the virus, we're also solidifying an antagonistic stance which can easily and wrongfully land on human beings.

Racism is one way we are denied belonging and even personhood. As Asian Americans, I think we particularly long for belonging – and have been historically denied. Asian Americans are more likely to have family- or group-inclusive egos, and are less individualistic than the average White American, though this may be only a moderate leaning. We are more likely to weave our identities around what other people think of us. I think we also tend to be more sensitive to what others think of us. Much of my work with Asian Americans is around helping patients think more about who they are to themselves, rather than who they are to other people. It is very prosocial to care about what other people think of us, and to work toward pleasing others. It also can help us navigate social environments and detect danger. But clearly it can cause extreme anxiety to be overly concerned about others' views, or what we assume to be their views. But this is one way that it is especially traumatic to be on the receiving end of racism. When we sense a micro- aggression , a subtle dismissal or devaluation, it lands on our concern for what others think of us. A string of such incidents can amplify our distress over not belonging. They remind us that we are part of a group that is seen as other and perpetually foreign. They remind us that we are not seen, accepted, and understood for who we are. They can also push us away from appreciating and solidifying the ways we are connected.

If we come from families that did not give us the unconditional love and care that we needed when we were young, this may amplify the impact of traumatic events later in life. We can feel more disconnected, abandoned, devalued, and erased. This is how trauma gets passed on from generation to generation. Sometimes our parents cannot give what they themselves did not receive, and we wrestle with that our whole lives. But it parallels and maps onto the deficit of society as a whole. We live in an essentially individualistic, competitive, and too often antagonistic culture. Self-centeredness gives rise to a lack of compassion. We are left feeling deprived, lonely , and lost as a result, because individualism breeds disconnection and suffering. Compassion creates belonging.

Writers Jiayang Fan and Cathy Park Hong have recently described their sense of belonging as being conditional or probationary. Japanese Americans have described policing themselves and being implicitly told that they have to avoid missteps or risk being targeted and even deprived of liberty. We have the burden of the Model Minority myth, which is both a semi- delusional idealization and also a kind of straightjacket on our possibilities and ability to be seen as we are. It turns a blind eye on our diversity and the needs of many in our Asian American community writ large. We are locked in a limited cultural imagination.

How do we deal with people's false impressions of us? Of course, it requires the assertion of our true identities, and the refusal to be controlled by false narratives that deny us our humanity. It also requires self-compassion and mindfulness of the emotions stirred in us by the ignorant and malicious. For real extra credit, unhooking ourselves from this toxic dance requires compassion and insight.

But I think we have to recognize that as Asian Americans, we do in fact need a "little more." We have unmet needs for belonging and equity. These are relational needs that leave us with a baseline of distress. Now perhaps it's not possible for our needs to be fully met all the time, but I think we can recognize that the need is there, and perhaps do a little more to support each other, as well as gain the skills necessary to nurture ourselves when our needs are not met.

Ultimately, I think building your identity and awareness of what it means to be yourself will hone your reflexes and responses to racism. For me, that means building community, self-compassion, and mindfulness. There's no right or wrong way to respond in the moment; it's very subjective. But the more you are centered in your own sense of self, the stronger you'll feel, and the quicker your recovery.

Being Asian American is a beautiful thing. Don't let anyone take that away from you.

You might also like these videos. The first is very similar to this post, while the second goes into more detail on self-care and the psychology of Asian Americans, and includes two brief guided meditations. You can also listen to them on SoundCloud , iTunes podcasts , and Stitcher . The other two videos below are lectures from the fall of 2019 on Asian American men’s and women’s psychology.

Fighting Racism Against Asian Americans During COVID-19 have 1423 words, post on www.psychologytoday.com at May 31, 2020. This is cached page on Health Breaking News. If you want remove this page, please contact us.