‘I don’t know what greater calamities this year has in store.’ 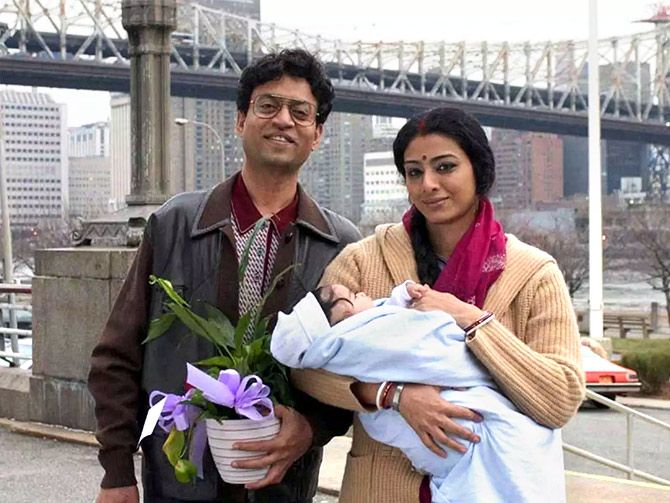 Sharmila Tagore is devastated by the double blow that Indian cinema received on Wednesday, April 29, and Thursday, April 30.

“Why are these younger actors going and the older ones still around?” she asks Subhash K Jha .

“First, we lost Irrfan, who was an absolute favourite. Now, Rishi Kapoor who was not only a fabulous actor, but also a part of my family. I have been trying to call ( daughter-in-law and Rishi’s niece ) Kareena ( Kapoor Khan ) since the morning, but cannot get through.”

“I took Irrfan’s death very personally,” she adds. “He was an actor I related deeply with. His performances in Maqbool, Paan Singh Tomar and The Namasake were so subtle, layered and brilliant. I’ve lost track of how many times I’ve seen The Namesake .”

“Irrfan transformed into a Bengali gentleman. He learnt Bengali for the film. My daughter Soha has done three films with Irrfan. I am very envious of her.”

“I remember him as very silent, not saying much, but very observant,” she recalls. “He spoke about how important it was for an actor like who believed in realistic acting to bridge the gap between niche and populist cinema, and how realistic acting became boring after a point.”

“Irrfan wanted to change that. If you watch his performances keenly, he always ended his scenes on an ambiguous note… a quirky twitch of the eyebrow, a cryptic smile. His performances intrigued me. I wanted to know what he was going to do next. What was he hiding” 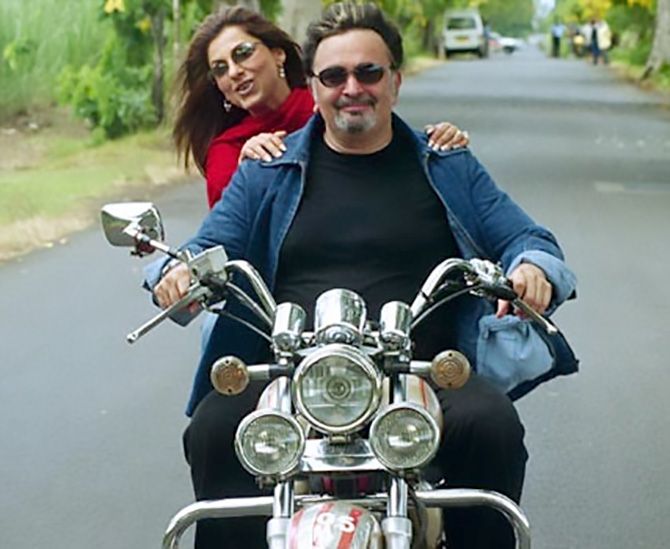 IMAGE: Rishi Kapoor and Dimple Kapadia — who made their debut in Raj Kapoor’s Bobby in 1973 — in Pyaar Mein Twist .

With Rishi Kapoor, it was just the opposite.

“He came on screen like a bright light and embraced the audience,” the actress says. “Unlike Irrfan, who always seemed to withhold something, Rishi spilled it all out and connected unconditionally with the audience.”

“No matter what he played — the loverboy or the old father — he was completely into character. I remember this film with Dimple Kapadia — Pyaar Mein Twist — where he was shown walking his dog. He looked so properly and gentlemanly.”

“In Hum Tum , he came into the plot midway, but the screen brightened the minute he did.”

“Rishi had a rare ability to immerse himself in every character completely. He was a people’s person. He could connect with the audience immediately.”

“We were both given Filmfare awards for Lifetime Achievement,” she says. “Rishi grumbled about why he was being bracketed with me since I was around for so much longer. That’s the way he was.”

“He spoke his mind, regardless of the repercussions. Recently, he tweeted about why liquor shops should be opened during the lockdown. People were outraged. But he had a point. Those addicted to alcohol are bound to get restless sitting at home.”

“Irrfan and Rishi had both gone for treatment of cancer. They came back and we hoped that they would be fine. That was not to be. I don’t know what greater calamities this year has in store.” 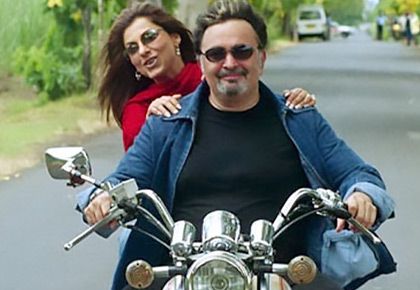 'We hoped Irrfan and Rishi Kapoor would be fine' have 753 words, post on www.rediff.com at April 30, 2020. This is cached page on Health Breaking News. If you want remove this page, please contact us.